Sequel to The Sarran Plague

Syn Sinclair is one of the women taken from Earth to Sarran to replenish the fem population. While still en route on the Brightstar, Syn meets the Sarran Elder, TeZaron and thinks he looks down on her because of her checkered past. Upon landing, Nafer, TeZaron and TeBron’s offspring, recognizes Syn as his “Mommie,” something the Elders didn’t realize because of the mind blocks they had placed on each other to ensure the success of the mission to Earth.

Syn, a former prostitute and drug addict, left home at sixteen because she was sexually abused by her father and his friends. She made it out of the gutter and into the halls of higher education, getting her Masters in Psychology with a specialization in PTSD. Now she’s afraid her WarriorPair won’t accept her because of her past. As soon as they bring her to their home, she works to gain their respect.

Supported by her WarriorPair and their son Nafer, Syn settles into her new household with grace and energy. She is happy, very happy, except for one niggling doubt. Although she knows her Warriors have accepted her, she worries how others will view her new social position on Sarran. In particular, a fem from Syn’s past lets everyone know she’s unfit to BondStir with the High Lords. Madeline Dixon-Howard sees Syn as a blight on the new society.

Additionally, an even deeper evil is hiding in the Sarran government. Someone has sold information to the roach-like Zyptz, someone who planted a bomb and listening devices in the homes. Someone doesn’t want Earth women to mix into the Sarran genepool. Syn’s insights as a psychologist combined with her new Psy powers just might help her Warriors find out who the traitors are and devise a plan to capture them. 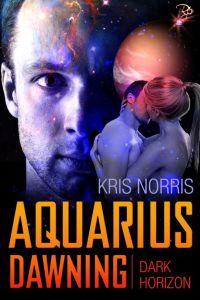 Commander Dakota “Dak” Winter is on a mission of vengeance. After being captured and held prisoner in an underground facility on Venitia, she’s seeking justice on the man behind her incarceration—Captain Frank Bane. After years of terrorizing the outer rim colonies for his own gain, the man’s rogue actions are finally coming back to haunt him, and she’s determined to be the one to bring him down…if only she could find him.

Reluctantly accepting help from her father, Senator Jefferson Hayes, she finds herself teamed up with two men from her past—Commanders Kane Paterson and Tanner Jenkins—who seem just as interested in her as they are in capturing Bane. It doesn’t help that she’s been fighting her feelings for them for what feels like forever. Or that they’ve made it clear they’re not looking to remain just friends.

A manhunt across the galaxy might bring her some form of closure. Or it might be the start of a dangerous new adventure.

After a year’s absence, Tessa returns to the Texas ranch and two cowboys she walked out on when her life turned inside out. She’s here to bury a friend, cut her ties with this town, that’s all. That may be all that Tessa’s planning, but Rex and Tyler want their woman back and they’re not going to make it easy.

If one good man is hard to find, two are even harder to resist. Tessa’s determination to shut them can’t withstand the fire of their mingled passions. Pretty soon, the fire draws them back to each other. How can she leave when it feels so damned good tucked up nice and tight between them?

The perfect place for a woman on the run to disappear…
Accused of a horrific murder she didn’t commit, former heiress Callie Ward has been a fugitive since she was sixteen—until she found the perfect hideout, Club Dominion. The only problem is she’s fallen for the club’s master, Mitchell Thorpe, who keeps her at arm’s length. Little does she know that his reasons for not getting involved have everything to do with his wounded heart…and his consuming desire for her.

To live out her wildest fantasies…
Enter Sean Kirkpatrick, a Dom who’s recently come to Dominion and taken a pointed interest in Callie. Hoping to make Thorpe jealous, she submits to Sean one shuddering sigh at a time. It isn’t long before she realizes she’s falling for him too. But the tender lover who’s seducing her body and slowly earning her trust isn’t who he claims…

And to fall in love.
When emotions collide and truths are exposed, Sean is willing to risk all to keep Callie from slipping through his fingers. But he’s not the only man looking to stake a claim. Now Callie is torn between Sean and Thorpe, and though she’s unsure whom she can trust, she’ll have to surrender her body and soul to both—if she wants to elude a killer…