Zane Reynolds believes he’s found the perfect submissive for he and his brother but there’s a problem. Mistress Mercedes Harris-Shore doesn’t want to submit to anyone. Zane hopes a bet will solve that issue, along with providing the key to finally win not only Mercedes’s submission, but also her heart.

Ash Reynolds knows he isn’t a good man for any woman to fall in love with. He’s a paid mercenary, disillusioned with life and his ability to fit into the civilized world. Zane insists he’s found the perfect woman for them to share, but the problem is, Mercedes has no idea Ash exists.

Mercedes has more to worry about than a wager where she plays submissive to Zane for a week. She’s just become a serial killer’s new target and met the man assigned to protect her, Zane’s twin, Ash Reynolds. Ash appears as interested in her submission as Zane, but Mercedes isn’t looking to be shared.

Lars Aasen uses his playboy image like armor. If he pretends he doesn’t care, nobody will ever guess he does. When his relationship with Mattie begins to blossom, he runs to Owen hoping the sexy bouncer will agree to keep it casual. Lars could have never guessed that he had found the two people he cannot live without.

Mattie is a quirky artist who wants nothing more than a home and a family of her own. She can’t help but wonder if her heart will ever recover from Lars’s abrupt exit from her life. Then a jaded bouncer named Owen intervenes when a local lunatic takes an unhealthy interest in Mattie. She can’t help but wonder if Owen might be her prince charming in a sarcastic disguise.

It doesn’t take Owen long to realize that he and Mattie both have unfinished business with Lars Aasen. Owen has dark secrets that force him to keep things casual, but he can’t stay away from Lars and Mattie. Fate threads the three lovers together, but an outside enemy threatens to rip them apart. They’ll have to learn to see through the shadows to live together in the light.

Illiana’s ominous dreams demand she returns to her beloved forest. A sleeping force has awakened in the mountain. She must investigate. She free Daruk, a dragon shifter, from the bowels of the volcano.

Christopher has defended his forest against those who stole his home. He longs for Illiana’s homecoming and keeps hope alive for his pack and the raven flock.

Illiana joins forces with Christopher to drive the intruders away. Only a looming menace threatens to pull her apart from the inside and the outside. Together, they will face their troubles, even if it means their lives. 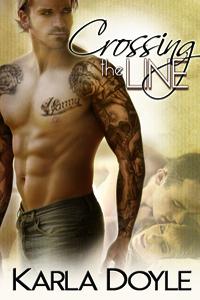 Lifelong best friends Derrick and Jeremy met Hanna at a bar ten years ago. Both wanted her—one married her. Now the other man has been invited to join in for one hot weekend.

Everything would’ve been fine if they’d had their fun that weekend, then gone back to normal. But they didn’t. And when past demons resurface, things will never be the same—for any of them.